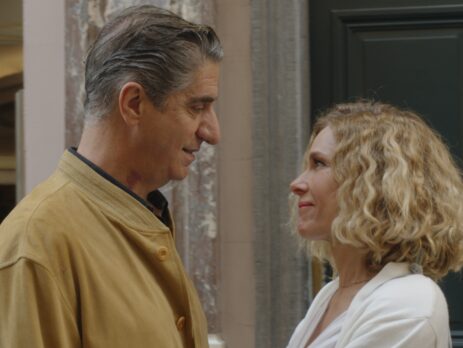 The Way to Happiness selected at the Angoulême Francophone Film Festival

Nicolas Steil’s feature film, THE WAY TO HAPPINESS, will be among the ten films in official competition at the Angoulême Francophone Film Festival. The film will be shown for the first time in a festival and will benefit from several screenings during the week of August 24 to 29, 2021. It will be in competition for the Valois awards, which will be presented during the Closing Ceremony.

Created by Dominique Besnehard and Marie-France Brière, the Angoulême Francophone Film Festival will celebrate its 14th edition this year. The jury of the official competition will be chaired by Nicole Garcia.

« How can we live with the abandonment of our parents, who are supposed to be there and love us unconditionally?

By inventing another world, a different reality, by living in a lucid dream that is, incessantly and day by day, reconstructed all over again.

It prevents us from thinking about our original trauma, gives us a thirst for life, while approaching others with as little risk as possible.

Saül Birnbaum is a “hidden child”, one of those who, at the age of only 6, had to be separated from his parents to escape the impending Shoah and be sent abroad by a so-called “Kindertransport”, from Vienna to Brussels.

In 1986, Saül is on the path to resilience. He reinvents his life and tries to re-enchant it by opening a delicatessen, unlike any other, where the 7th art of cinema triumphs, through permanent renditions on the stage of this restaurant, every single day. Saül and his protégé Joakin, a young Chilean director who fled from Pinochet, decide to write the story of Saül’s childhood and turn it into a film, allowing both of them to “heal” just a little more.

Alas, love comes knocking on Saül’s door and he is confronted with his past. She loves him, he loves her, she disappears, he loses himself, she comes back to him, he is reinvigorated, she abandons him again, he despairs…

The Way to Happiness is a story that teaches us to never, ever abandon love! »

THE WAY TO HAPPINESS is a production by Iris Productions, Iris Films, and Tu Vas Voir, in co-production with RTBF (Belgian Television), Voo & Be TV, and Belga Productions. The film has benefited from the support of the Film Fund Luxembourg, with the participation of Wallimage (Wallonia) and screen.brussels (Brussels-Capital Region) with the help of the Centre du Cinéma et de l’audiovisuel de la Fédération Wallonie-Bruxelles and the support of the Tax Shelter du Gouvernement fédéral de Belgique via Belgia Films Fund.